Fra’ Giacomo Dalla Torre del Tempio di Sanguinetto was this morning elected Lieutenant of the Grand Master of the Sovereign Order of Malta. The electing body, the Council Complete of State, met in the Magistral Villa in Rome, one of the Order of Malta’s two institutional seats.

The newly elected Lieutenant of the Grand Master will swear his Oath before the Pope’s Special Delegate to the Sovereign Order of Malta, Archbishop Angelo Becciu, and the members of the Council Complete of State tomorrow morning in the Church of Santa Maria in Aventino.

Pope Francis has been informed by letter of the election result. All the Order of Malta’s Grand Priories, Subpriories and National Associations around the world have been informed, as well as the representatives of the 106 countries with which the Order maintains diplomatic relations.

The new Lieutenant of the Grand Master, elected for a one-year mandate, affirms his commitment to work closely with the Order’s Sovereign Council in advancing the diplomatic, social and humanitarian activities and to nourish the spiritual life and the commitment of its 13,500 members as well as that of its more than 100,000 volunteers and employees. 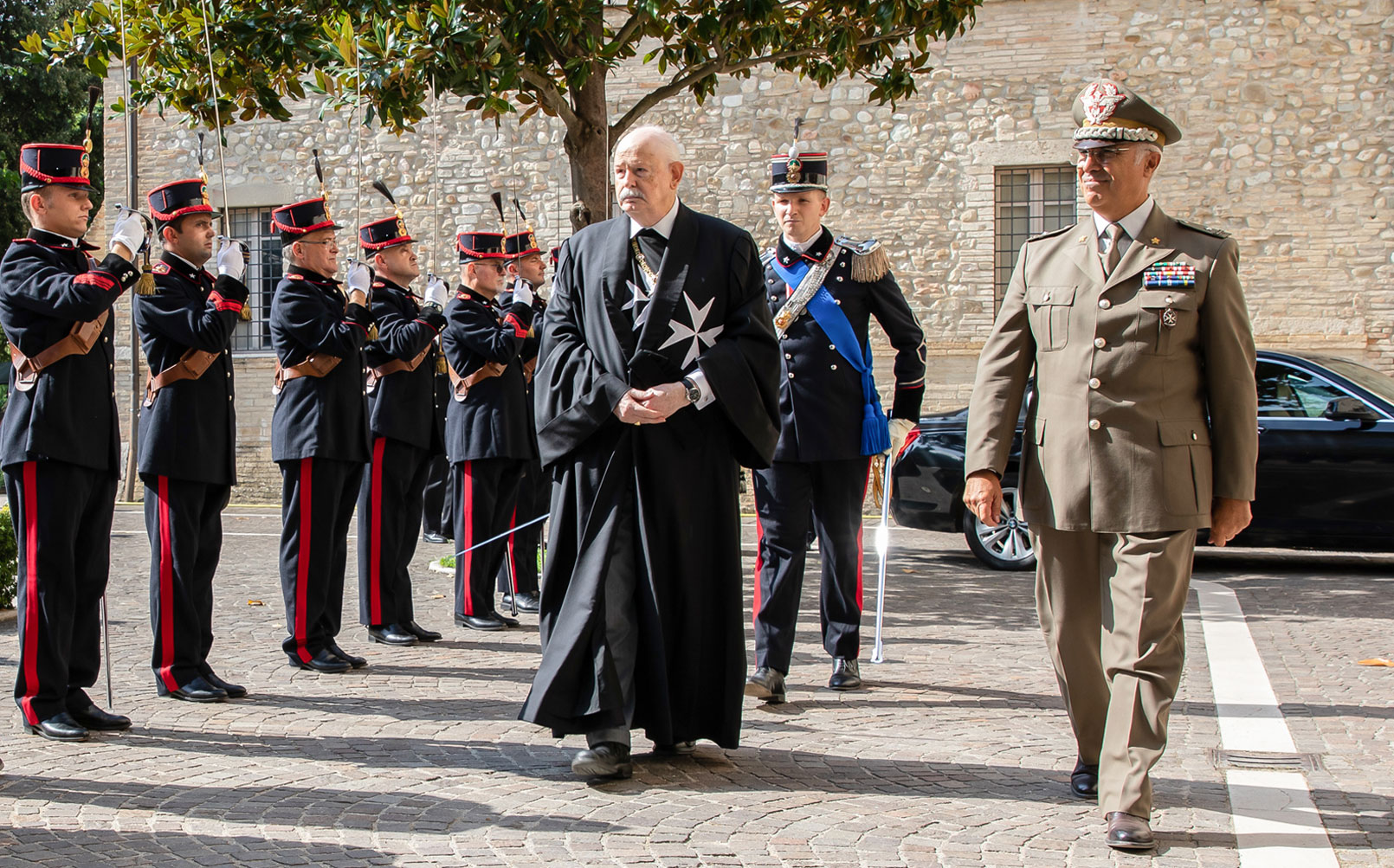 Fra’ Giacomo was born 1944 in Rome. He graduated in Humanities from the University of Rome, specialising in Christian Archeology and History of Art. He took up academic posts at the Pontifical Urbaniana Institute, teaching classical Greek. He was also Chief Librarian and Archivist for the Institute’s important collections and has published a range of essays and articles on aspects of medieval art history.

He became a member of the Sovereign Order in 1985 and took his Solemn Vows in 1993. From 1994-1999 he was Grand Prior of Lombardy and Venice and from 1999 to 2004, a member of the Sovereign Council. At the Chapter General of 2004 he was elected Grand Commander of the Order and on the death of the 78th Grand Master, Fra’ Andrew Bertie, he became the Lieutenant ad interim. From 2008 Fra’ Giacomo Dalla Torre has held the post of Grand Prior of Rome.

The first official engagement of the new Lieutenant of the Grand Master will be the 59th Order of Malta International Pilgrimage to Lourdes, which will take place from 5 to 9 May. Every year, over 7,000 members and volunteers from all over the world take part in the pilgrimage, assisting around 1,500 sick and disabled pilgrims. The pilgrimage to Lourdes represents one of the most significant moments in the spiritual life of the Order’s members and volunteers.

One of the most important tasks of Fra’ Giacomo Dalla Torre del Tempio di Sanguinetto during his one year mandate, is to work on the reform process of the Constitution and Code of the Order. The Constitutional Charter was promulgated in June 1961 and was amended in 1997. In particular, the proposed Constitutional reform will address potential institutional weaknesses. The recent crisis has shown some weaknesses in the checks and balances in governance: the reform will take this into consideration. The reform will also focus on strengthening the Orders spiritual life and to increase the number of its Professed members. Consultations have already begun and all members of the Order have been invited to offer their suggestions.

Lieutenant of the Grand Master

For more information about the Sovereign Order of Malta, visit www.orderofmalta.int.

The Sovereign Military Hospitaller Order of St. John of Jerusalem of Rhodes and of Malta, founded in Jerusalem around the year 1048, is a lay religious order of the Catholic Church and a subject of international law. The Order of Malta’s mission is summed up in its motto Tuitio Fidei et Obsequium Pauperum: witnessing the faith and giving assistance to the poor and the sick. Today the Order of Malta is mainly active in health and social care and humanitarian aid, operating in 120 countries. Its 13,500 members are supported by 80,000 volunteers, with another 25,000 doctors, nurses and paramedics. The Order manages hospitals, health centres, out-patient units, institutes for the elderly and disabled, terminal patient and palliative care centres and volunteer corps.

Malteser International, the Order of Malta’s special relief agency, is on the front line in natural disasters and in alleviating the consequences of armed conflicts for afflicted populations. The Order is currently engaged in the countries bordering Syria and Iraq to provide aid for thousands fleeing the conflict.

The Order of Malta is neutral, impartial and apolitical. It has bilateral diplomatic relations with 106 States, official relations with another six States, and relations at ambassador level with the European Union. It is a Permanent Observer to the United Nations and its specialised agencies and has representatives to the main international organisations. Since 1834 the Order of Malta’s seat of government has been located in Rome, where it is guaranteed extraterritorial rights.

Celebrating St. John the Baptist at St. Bernadette's in Phoenix