Religious Superior and Sovereign of the Order of Malta

The Grand Master is elected for life from among the Professed Knights by the Council Complete of State.

According to the Constitution, as the religious Superior and Sovereign, he fully dedicates himself to develop the works of the Order and to set a Christian example to all members of the Order.

He is vested with supreme authority together with the Sovereign Council. The Grand Master issues the legislative measures not covered by the Constitution, promulgates government acts, manages Common Treasure assets, ratifies international agreements and summons the Chapter General.

The States with which the Order has diplomatic relations recognize the Grand Master with the prerogatives, immunities and honours reserved for Heads of State. The title of Most Eminent Highness is bestowed on the Grand Master, and the Holy Roman Catholic Church confers him the rank of prince of the Church. The Grand Master resides at the Order’s seat of government the Magistral Palace in Rome.

Our Lieutenant of the Grand Master, H.E. Fra’ Marco Luzzago.

Fra’ Marco Luzzago was born 1950 in Brescia. He completed a scientific high school degree at the institute of the Franciscans in Brescia, before studying medicine for a number of years at the Universities of Padua and Parma.

Fra’ Marco joined the Sovereign Order of Malta in 1975 and took his Solemn religious Vows in 2003. Since 2010 he has dedicated his life completely to the Order of Malta, moving to the Marches to care for one of the Order’s Commanderies. Since 2011 he has been Commander of Justice in the Grand Priory of Rome, where he holds the position of Delegate of the Northern Marches and head of the library. Since 2017 he has been Councillor of the Order of Malta’s Italian Association. Fra’ Marco Luzzago is related to Pope Paul VI.

The Lieutenant of the Grand Master 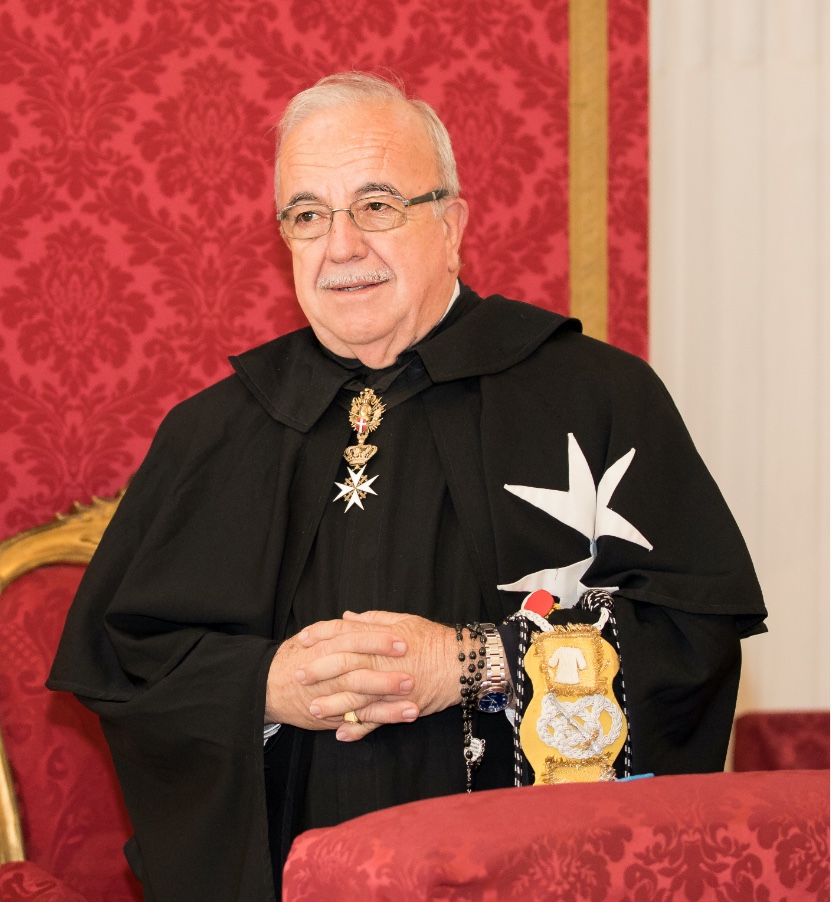