News/Media - World Day of the Poor 2019: The Order of Malta to follow Pope Francis’ plea

World Day of the Poor 2019: The Order of Malta to follow Pope Francis’ plea

Rome 12 November 2019 - On the occasion of the Third World Day of the Poor, which is celebrated on Sunday 17 November, the Sovereign Order of Malta is once again organising numerous initiatives to bear witness to its daily presence alongside people in need, in 120 countries around the world. In a letter to all heads of diplomatic missions, Presidents of Associations, Grand Priories, Voluntary and Relief Corps - over 250 entities in all - the Grand Hospitaller of the Order of Malta, Dominique de La Rochefoucauld-Montbel, stresses the importance of joining the World Day of the Poor to draw attention to a situation which, despite falling in recent decades, affects almost 600 million people worldwide. The Grand Hospitaller also urges the Order of Malta's structures on the five continents to spread the message of Pope Francis.

The Pontiff speaks of: "Families forced to leave their land in search of subsistence elsewhere, orphans who have lost their parents or have been violently separated from them by brutal exploitation; young people in search of professional fulfilment who are denied access to work for short-sighted economic policies; victims of many forms of violence, from prostitution to drugs, and humiliated to the depths of their being." "For all these people to whom the Pope refers, the Order of Malta turns its gaze: in the urban centres where our volunteers distribute hot meals, in the regions of Africa and the Middle East tormented by war and drought where we run hospitals and medical assistance programmes, along the main migratory routes where we offer protection and support," the Grand Hospitaller explains.

Numerous local activities have been set up to further strengthen the network of support and assistance offered every day in many countries around the world by the Order of Malta, through its 80,000 volunteers and 55,000 members and employees. During 2019, more than 1,000 day care centres run by the Order of Malta are offering medical care, psychological support, basic necessities, meals and hot drinks, as well as access to showers and laundry facilities to those who are homeless or living in poverty. In Rome, the Order of Malta supported the third Vatican concert "With the poor and for the poor" on November 9th , an initiative of Pope Francis himself to raise donations in support of World Day of the Poor. The Sovereign Military Hospitaller Order of St. John of Jerusalem, of Rhodes and of Malta, founded in Jerusalem around the year 1048, is a primary subject of international law and a Catholic religious and lay order. The Order’s mission is to bear witness to the faith and assist the poor and sick. 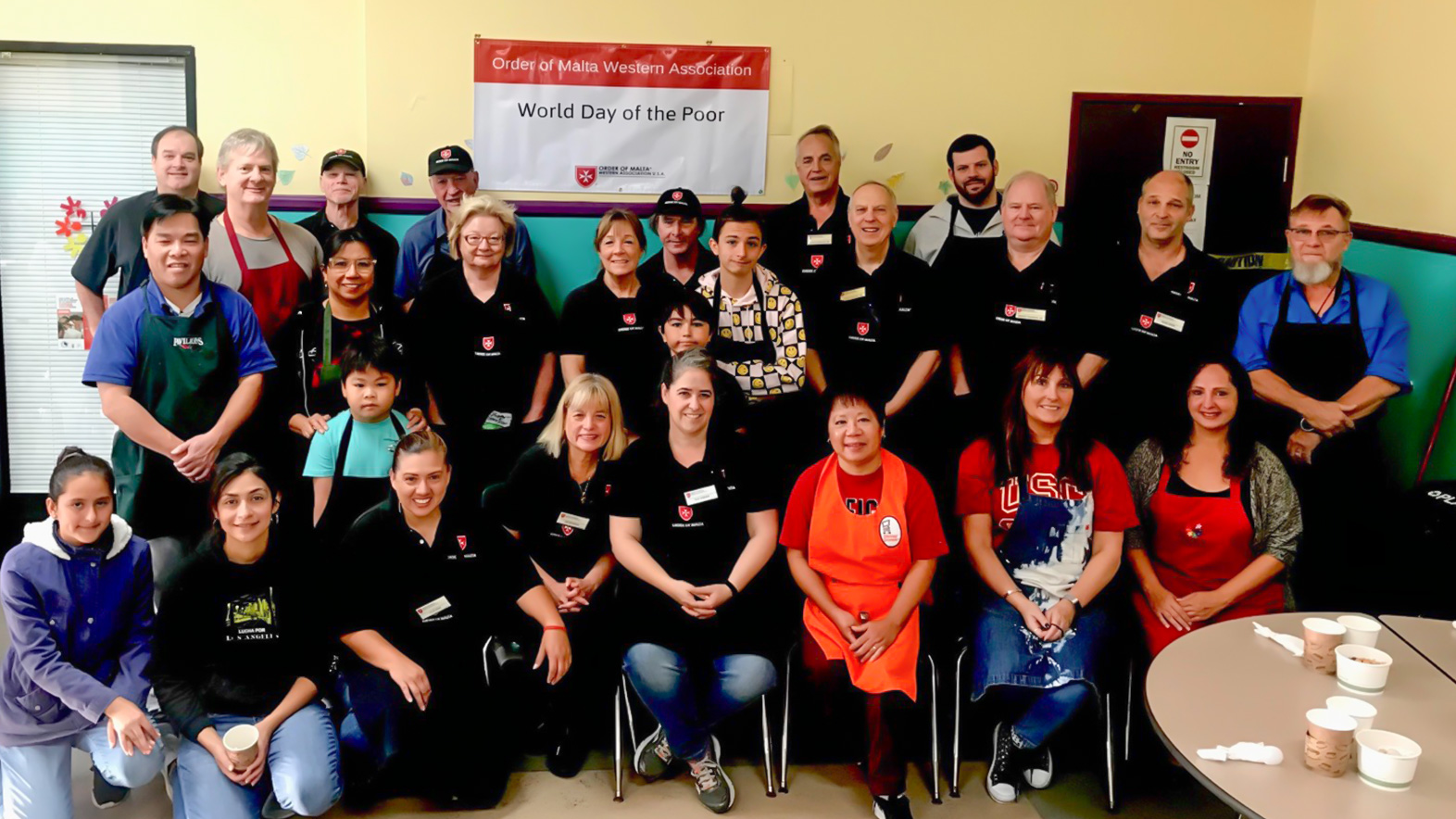 Today the Order of Malta is mainly active in health and social care and humanitarian aid, operating in over 120 countries. Its 13,500 members are supported by 80,000 volunteers, with another 42,000 doctors, nurses and paramedics. The Order manages hospitals, healthcare clinics, out-patient units, institutes for the elderly and disabled, terminal patient centres and volunteer corps. Malteser International, the Order of Malta’s special relief agency, is always in the front line in natural disasters and to alleviate the consequences of armed conflicts. The Order is currently engaged in the countries bordering Syria and Iraq to provide aid for the population fleeing from the violence. Alongside the Italian units, the Order of Malta’s Italian Rescue Corps participates in first-aid operations for the boats loaded with migrants in the Strait of Sicily. The Order of Malta is neutral, impartial and apolitical. It has bilateral diplomatic relations with 109 States, official relations with another 6 States, and relations at ambassadorial level with the European Union. It is a Permanent Observer to the United Nations and its specialised agencies and has representatives to the main international organizations. Since 1834, the seat of the Order of Malta’s government has been in Rome, where it is guaranteed extraterritoriality rights.

A weekend of activities recognizing World Day of the Poor. Members and Auxiliary Members of the Los Angeles location served breakfast and worked a food pantry for the sick and poor at the St. Frances Center. Similar service was provided throughout the Western Association locations. Please share your photos! #worlddayofthepoor #orderofmalta.

The Order of Malta Loves our Veterans