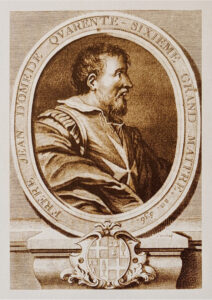 Grand Master Juan de Homedes y Coscón, a Spanish knight from the Langue of Aragon and Bailli of Caspe, was elected the 47th Grand Master of the Order of Malta on October 20th, 1536 when he was 59 years old.

At the time of his election, he had only one eye, having lost the other years earlier during the siege of Rhodes.

He reigned as Grand Master for 17 years, much longer than his immediate predecessors. During this time, the Order experienced a great deal of internal strife, as there was almost constant in-fighting between the Italian knights and anti-Spanish French knights.

In light of this, De Homedes was accused by critics of spending too much time at his summer residence in Boschetta and not enough time tending to the well-being of the Order.

The low point of De Homedes’ reign came in 1551, when the Order lost Tripoli to the Turks. 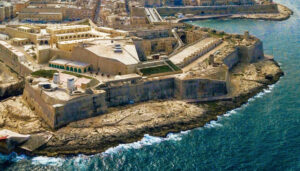 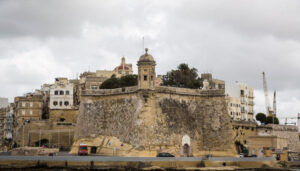 That said, while De Homedes might not have worked hard at bringing internal harmony to the Order, he did commission the building of two forts to increase the Order’s security: Fort St. Elmo on the Sceberras promontory and Fort St. Michael at the tip of L-Isla. He enlisted Spanish engineer Pedro Padro to supervise the projects. 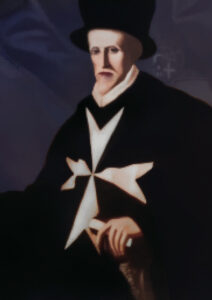 The low point of De Homedes’ reign came in 1551, when the Order lost Tripoli to the Turks. This was a humiliating loss and De Homedes was blamed for failing to allocate sufficient resources for the defense of the city.

By this point, De Homedes was an old man. He died two years later in 1553 at 80 years old and was buried at St. Angelo. His remains have since been moved to St. John’s Co-Cathedral in Valletta. 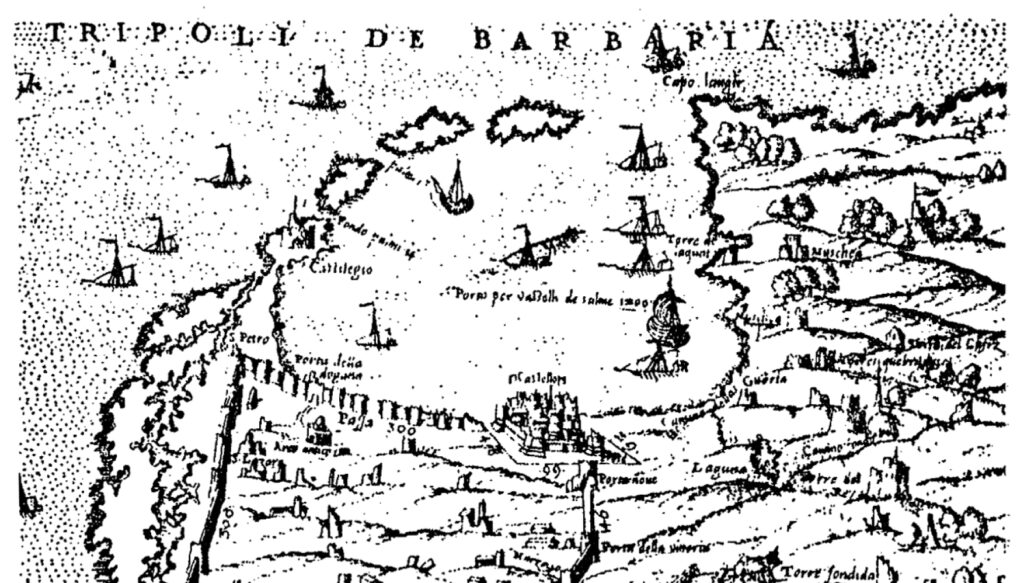