News/Media - Origins of the Order of Malta: 1048 to the Present

Origins of the Order of Malta: 1048 to the Present

In 1048, Amalfi merchants in Jerusalem obtained an authorization from the Caliph of Egypt to build a church, convent and hospital named after St. John Baptist to assist pilgrims.

Soon thereafter, a religious community was founded at the hospital called the Hospitallers of St. John. 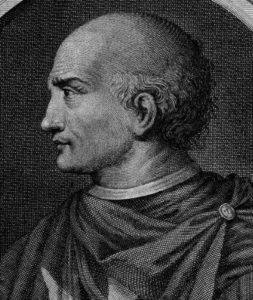 The founder and first Grand Master of the Hospitallers was Blessed Fra’ Gerard.

The Hospitallers, also called the Order of St. John, were granted the right to freely elect their superiors, without interference from other lay or religious authorities. 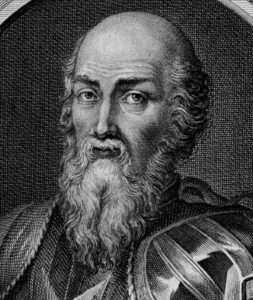 The second Grand Master of the Order was Blessed Fra’ Raymond du Puy. Between 1145 and 1153, he wrote the first rule for the Order’s members.

Under this rule, members of the Order took monastic vows of poverty, chastity and obedience, and must uphold the Order’s charism of serving the poor and the sick.

The Hospitallers and the defense of Jerusalem

Soon afterwards, the Constitution of the Kingdom of Jerusalem encouraged the Order to assume a military function in order to protect the poor and the sick in the Holy Land. Defending the faith was then added to the Hospitaller mission.

At the same time, the Order adopted the eight-pointed cross as its symbol. 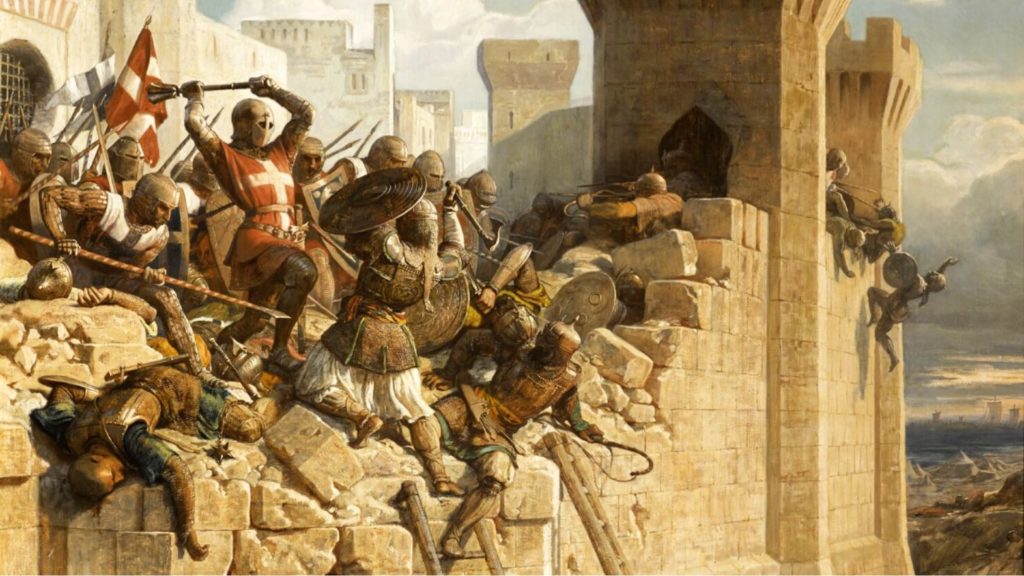 With the fall of St. John of Acre and the loss of the Holy Land in 1291, the Order moved its hospital and headquarters to the island of Cyprus, where it had been present in some capacity since 1210. Here, it continued to build new hospitals and protect pilgrims en route to Jerusalem.

Since the start of the 14th century, knights in the Order were grouped according to language. 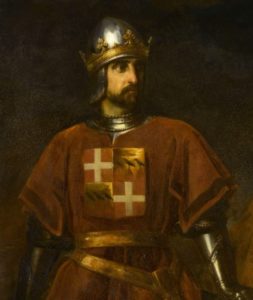 Over time, Cyprus’ political climate became increasingly unstable due to frequent transfers of power there, so a group of knights under the leadership of Grand Master Fra’ Foulques de Villaret relocated the Order to Rhodes in 1307.

The Order’s occupation of Rhodes ended a long Byzantine period on the island. Under the rule of the newly named "Knights of Rhodes", Rhodes was rebuilt according to European medieval aesthetics.

At the same time, the continued defense of the Holy Land demanded a naval force, so the Order assembled a fleet in the eastern Mediterranean. 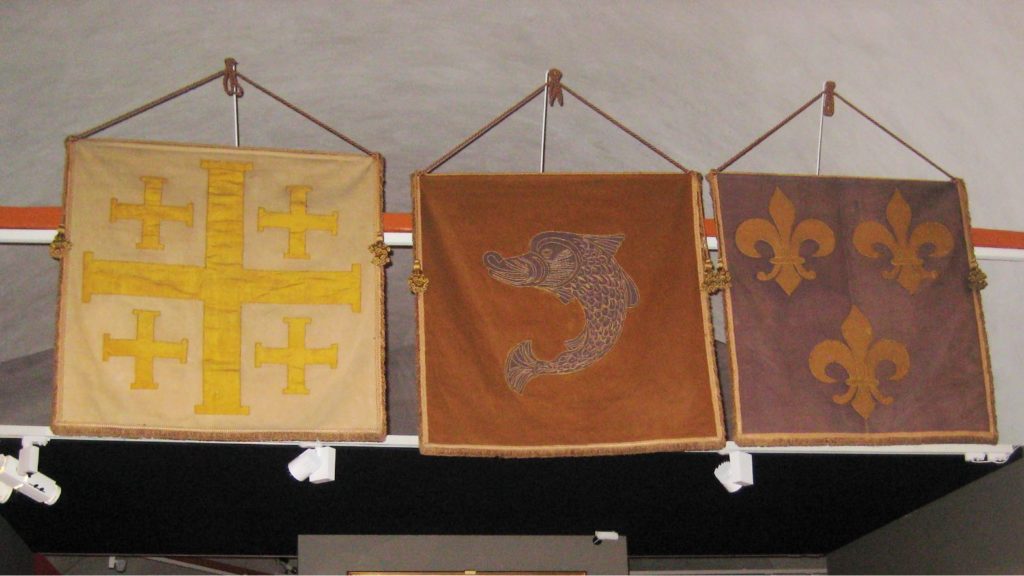 Banners of the Langue of Provence, Auvergne and France

Since the start of the 14th century, knights in the Order were grouped according to language. Initially there were seven “Langues”: Provence, Auvergne, France, Italy, Aragon (Navarra), England (with Scotland and Ireland) and Germany. In 1462, the Langue of Castille and Portugal was added. Each Langue had its own Priory or Grand Priory, Bailiwick, and Commandery.

Collectively, the Order was governed by the Grand Master as well as the Council. The Order minted its own money and, according to its international sovereignty, had its own diplomatic relations with other nations.

But, in 1523, after six months of siege, the knights were forced to surrender Rhodes to the army of Sultan Soliman the Magnificent.

The Hospitallers move to Malta

For several years, the Order had no territory, until Grand Master Fra’ Philippe de Villiers de l’Isle Adam took possession of Malta in 1530. The island was granted to the Order by Emperor Charles V with the approval of Pope Clement VII.

The knights transformed Malta’s infrastructure. Among their many construction projects was a large new hospital, considered one of the best in the world, and a school of anatomy, which significantly impacted the development of ophthalmology and pharmacology.

It was also established at this point that the Order would remain neutral in any future conflicts between Christian nations. 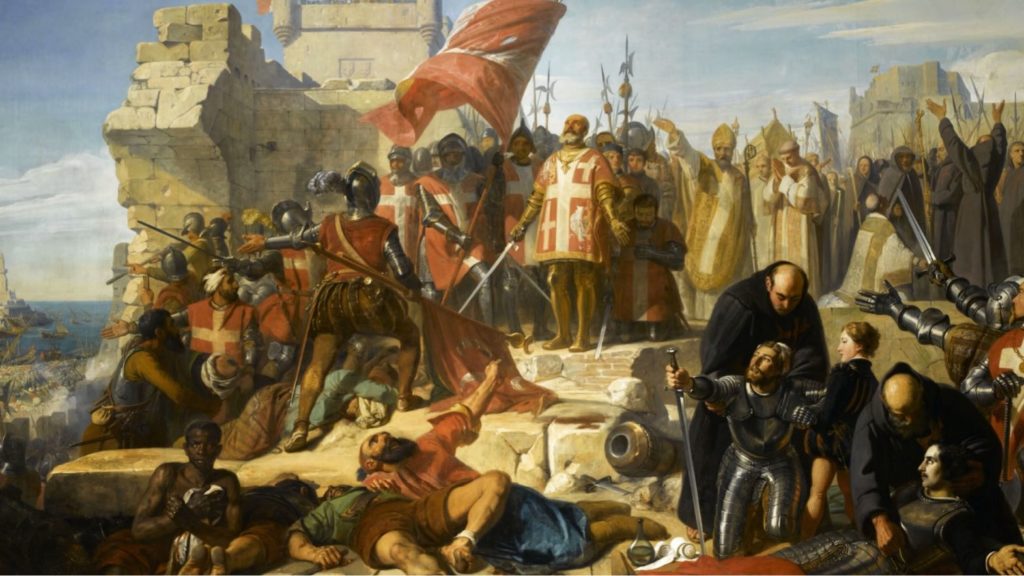 In 1565, the Order defended the island from the Ottomans during the Great Siege of Malta, successfully curbing the Ottomans expansion on the European continent.

The next year, the Order built the fortified city and port of Valletta, which was named after the present Grand Master, Jean de la Vallette. 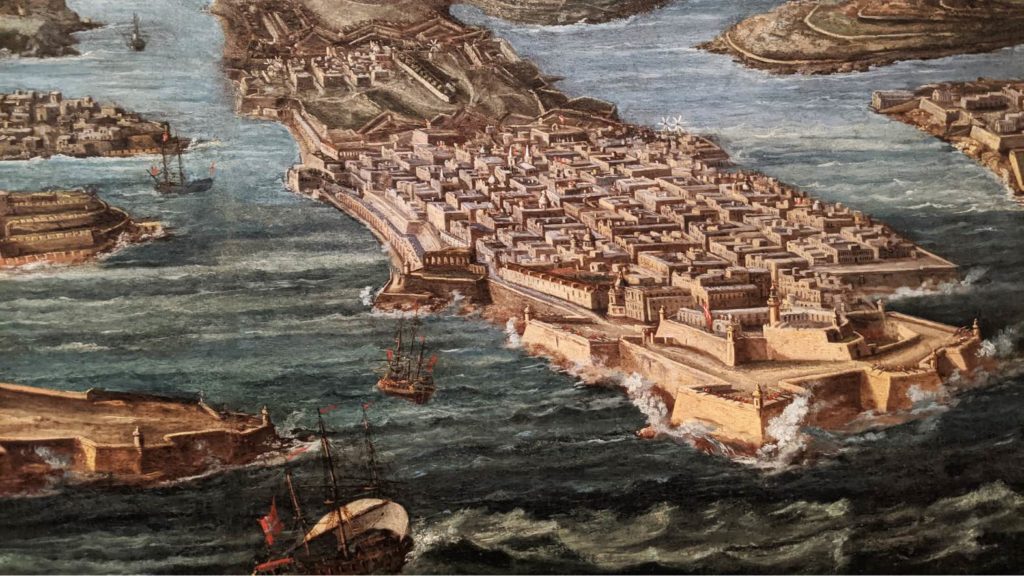 The knights transformed Malta’s infrastructure. Among their many construction projects was a large new hospital, considered one of the best in the world, and a school of anatomy, which significantly impacted the development of ophthalmology and pharmacology.

A few years later, the Order’s fleet joined the Holy League, set up by Pope Pius V to defend Christendom against the expansion of the Ottoman Empire. In 1571, the Christian fleet triumphed over the Ottoman Empire in the pivotal battle of Lepanto.

Napoleon, Russia, and the World Wars

Almost two centuries after the battle of Lepanto, in 1798, Napoleon Bonaparte occupied Malta during his Egyptian campaign. The Order was forced to leave the island, as its code prohibited the Order from taking up arms against fellow Christians. 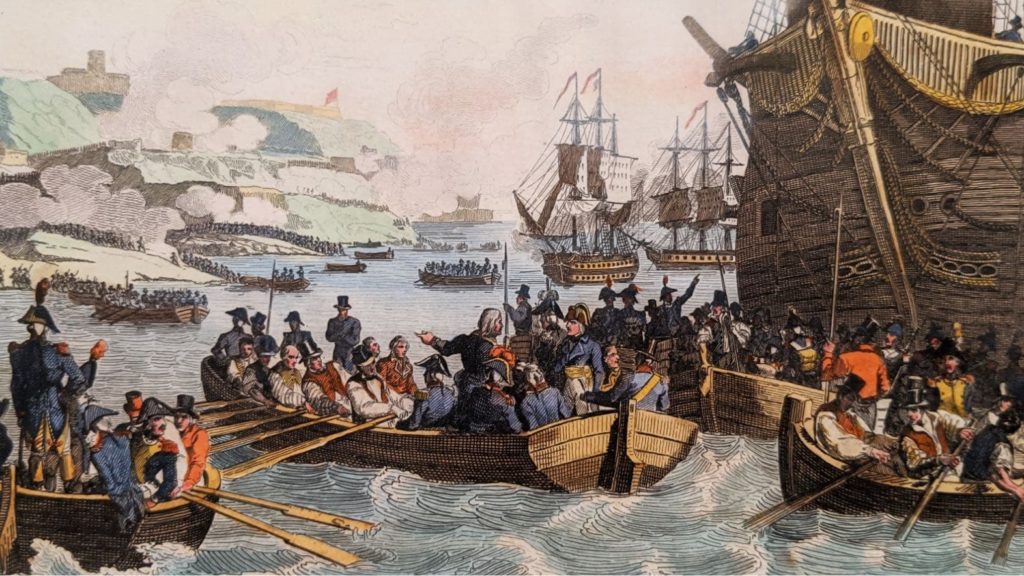 Finding itself without territory once again, the Order was taken under Czar Paul I of Russia’s protection. Though he was not a Catholic and technically lacked the legal requisites to take office, Czar Paul I became Grand Master of the Order and ensured its continuity during this tumultuous period.

After Paul I died in 1801, Giovanni Battista Tommasi of Italy became Grand Master in 1803.

Today, the Order of Malta serves the poor and the sick through its medical, social and humanitarian works in 120 countries.

In 1834, the Order settled in Rome. Finished with all military commitments, the Order was finally able to give its full attention to its charism for the poor and the sick. 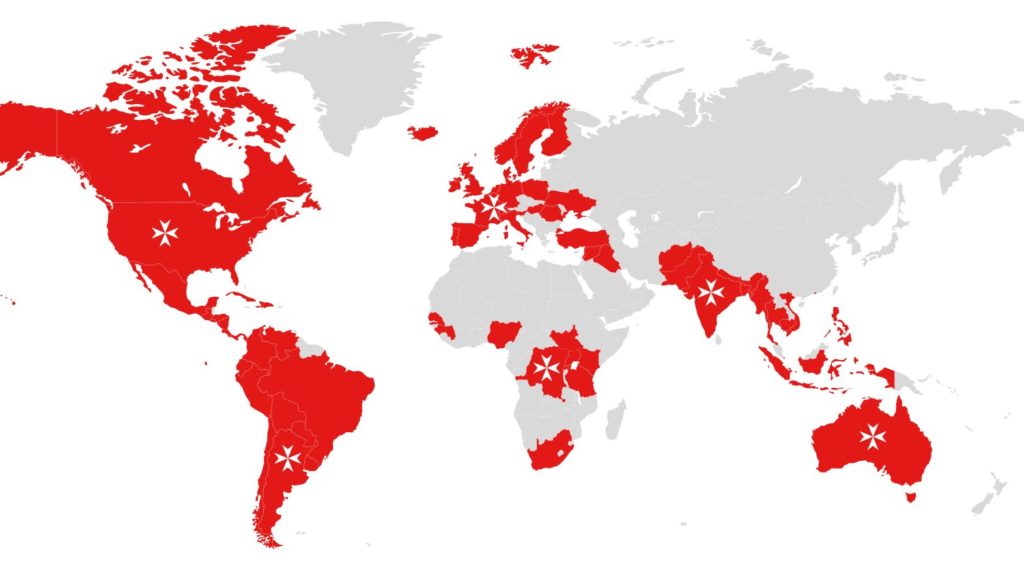 The Order of Malta today is working in 120 countries

Today, the Order of Malta serves the poor and the sick through its medical, social and humanitarian works in 120 countries. Its many social projects provide invaluable support to the most vulnerable members of society.